Have you ever watched a news segment or video and been completely and happily absorbed in the story? Or conversely, have you ever been so distracted by the choppy audio and unnecessary narration that you didn’t enjoy it?

As many a broadcast and multimedia journalists know, achieving “happily absorbed” is a skill and an art. But as with any kind of writing, we can study what the pros do.

I’ve adapted most of these tips from a webinar given by a master: Al Tompkins, Senior Faculty, Broadcast and Online at The Poynter Institute. (With some notes of my own.)

When writing to news videos, whether for broadcast or a digital platform, it’s important to keep your writing tight! As Al Tompkins says, ‘the biggest sin is wasting the time of the audience.’

Understand Storytelling: Engaging stories usually follow a tried-and-true formula because…it works. I like to think that the basics of such formulas were figured out during the campfires of cavemen. Storytelling is a defining characteristic of humanity, and your audience is definitely familiar with common story structure even if they aren’t conscious of it. Generally speaking, the audience will like it when a story starts with conflict and ends with resolution.

Pick a Formula: Tompkins recommends the “Hey! You, See, So” structure for news videos. Meaning, start with “Hey!” (the attention grabber), then “You” (the WIIFM—why this is relevant to the viewer), “See” (show evidence), and “So” (the point—what this is all about).

Start Strong: For a news story, jump into the information—don’t waste time with a fluffy introduction. For a narrative, create tension right away.

Remove Redundancies: When you’re editing the accompanying narrative to a video, Tompkins says to “train yourself to spot redundancies.” And cut sound bites that repeat what was said earlier.

Ask yourself, ‘Do I need that word for people to understand?’

Read your sentences backward in order to catch superfluous words.

Prioritize Video Over Narration: Use narration only for what cannot be shown in the video or told in sound bites and ambient audio. For example, if the video is a man walking down a dirt road, don’t waste time telling us “a man walks down a dirt road.” Instead, explain what can’t be understood from the visuals or audio but is critical to the story. Let the viewer figure some things out on their own.

Use Sound Selectively: Sound—ambient noise and sound bites of people speaking—should not stop the action or cut into the narration in a choppy or jarring way. Tompkins says that “popcorn audio” (described as sound that comes from no where and stops the story for no good reason) is a fad in editing that should be forgotten because it’s distracting. When woven into the story carefully, sound can add credibility to the action and bring the viewer into the scene.

Write the Facts: Narration should be almost all factual. Let the emotion and drama come through sound bites and visuals. I once had a professor tell me to “write flat to drama,” meaning let the action speak for itself and leave out subjective opinion.

Review Grammar: Be judicious with adverbs—try to remove words that end in “ly” because often they are unnecessary opinion. For example, in the phrase “she cried happily,” happily can be removed, especially if the video or the story indicates that she was clearly happy. Use more active verbs that clearly tell who and what did what.

I suggest reading the book, “Writing Tools,” by Roy Peter Clark, and “The Elements of Style” by Strunk and White, to brush up on grammar.

Write for the Platform: Create the narration and edit each video based on the platform. Keep in mind that TV is still a passive experience (except for the second screen, meaning people using another device while watching TV). The Internet is about interactivity, plus know that people have shorter attention spans online and so are apt to bounce more quickly if a video isn’t interesting right away. (Try this free, journalist-friendly tool for creating interactive videos online called KettleCorn that our team at ODDI created.) 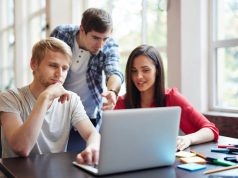 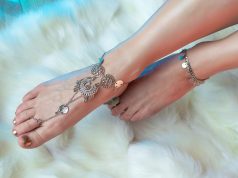 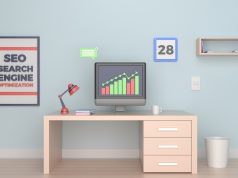